What If You Got Paid For Your Attention?

Web3 promises us platform ownership, not just consumption. But will it be enough to break us out of the social dilemma? 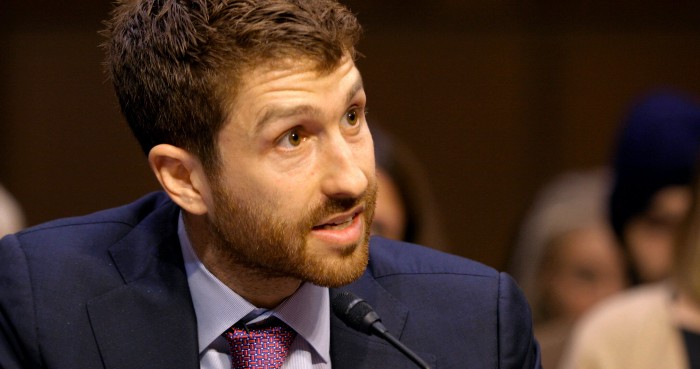 The Social Dilemma exposed the mainstream to the flawed incentives in play at most consumer tech and media companies today.

It made clear the attention-hijacking nature of platforms such as Instagram and Facebook and click-baity media outlets. It made it clear that they weren’t the product — you were.

Your attention and data were being harvested to sell ads.

They had unwittingly become pawns in the game of making rich tech and media titans richer. Not only that, but people became ever more polarized, as media companies found a shortcut to hijacking our attention — appealing to emotions such as fear and anger by way of political issues.

They tried to limit their screen time, and take more ownership of their mental real estate, but ultimately reverted back to their old ways shortly thereafter as they quickly moved on to other Netflix productions such as Squid Game.

It’s unlikely that they went as far as comedian Aziz Ansari, who in an effort to protect his own mental real estate ditched his smartphone for a flip phone.

Some might call this a drastic measure, but is it?

As Ansari puts it, “Everyone thinks about their diet and what they eat, and at a certain point, it’s also about thinking about your mental diet and what you’re putting in your head. “Whether it’s looking at the same four websites, constantly checking The New York Times 50 times a day. At a certain point, that’s not really helping.”

He echoes the musings of Ancient Roman philosopher Seneca who wrote that people are frugal in guarding their personal property, but not their time, which is the one thing it is right to be stingy with because time can’t be earned back once you’ve spent it.

Motivational speakers aren’t typically paragons of wisdom but Tony Robbins quip that ”where focus goes energy flows“ is hard to argue with.

What we choose to spend our time focusing on ultimately determines how we think, feel, act, and who we become.

Other systems might include turning off notifications, putting your phone out of arm’s reach, deleting apps, and so on.

But as Tristan Harris pointed out in The Social Dilemma, you’re fighting multi-billion dollar companies who are pouring tons of money into learning how to capture and keep your attention. They know more about you than you do yourself, we’re told.

Maybe such systems aren’t enough to reasonably turn the tide.

Maybe what we need are new, responsible business models with less self-serving incentives in play?

If energy flows where focus goes, then our attention is our most precious commodity.

What if, instead of looking to hijack our attention at all costs in order to drive up platform engagement and sell ads, our attention was valued for the precious commodity that it is.

That’s part of the promise of web3.

As a16z general partner and web3 bull Chris Dixon put it, think of web1 as read-only websites, web2 as read and write platforms such as social media, and web3 as read, write, and own.

Web3 is the weird and wonderful world characterized by crypto, NFTs, and DAOs.

And examples of being paid for your attention are coming to the fore.

Axie Infinity is an immensely popular play-to-earn (P2E) game, where gamers can actually earn tokens the more time they spend playing the game. Gamers are earning about $10 to $15 a day playing the game, and selling the NFTs they earn in the game.

Animal Concerts, which is said to be building metaverse experiences and live concerts — Live Nation for the metaverse perhaps, rewards viewers with tokens. The more you view, the more you earn, its whitepaper says.

Other platforms such as The Sandbox metaverse routinely reward users with their native SAND tokens for owning land and otherwise contributing to the development of its ecosystem. As of January 2022, the platform had distributed over 80 million SAND tokens (worth about US$320 million at the time of writing) to its community.

That’s where we seem to be headed.

Will It Be Enough?

Will it be enough to have a positive impact on humanity, or will it backfire or have unintended consequences?

Will people spend an inordinate amount of time playing games and viewing content for the sake of earning what might just amount to $20 a day, when they can earn orders of magnitude more elsewhere?

Will getting paid to do something degrade play into work, and therefore turn people off altogether? Many kids, despite checking out P2E games, just want to play with their friends, and hang out in Fortnite without feeling like time is money which can ultimately detract from the experience.

There’s nothing to say that having a token economics model that incentivizes its community is correlated with quality gaming or media experiences, or that people will gravitate towards media to earn small amounts of change (granted, the opportunity to earn more with extended use and the potential to earn high annual returns by staking tokens might change this).

And incentives go far beyond the simple monetary — to both functional and social incentives. Sure, you might pay me for posting to your tokenized social media platform, but if all of my friends, family, associates, or target audience are still exclusively on Instagram, that’s where I’ll earn social status, and better monetize whatever it is I’m doing through off-chain deals.

One thing is certain — incentives do play a significant role in driving human behavior, and the hope is that with time, the rapid experimentation that characterizes the web3 space will deliver not just platforms and incentives, but experiences, that help to move humanity forward in a more empowering, less polarizing, and ultimately, better direction.