DAOs promise us a fairer future, but are they sustainable? 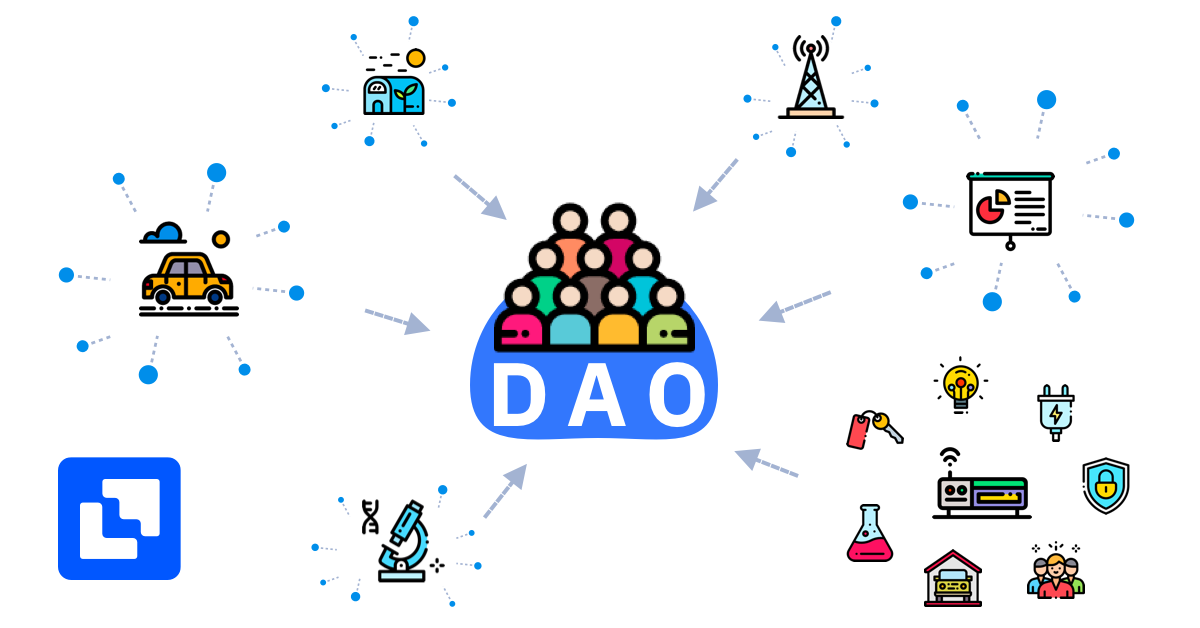 Whenever you draw a line in the sand between ideas or groups of people, you risk radicalization.

Human beings evolved to seek security and comfort from association with a tribe. In many ways, we are still at the mercy of primitive wiring, confirming with tribal beliefs to avoid ostracization.

One of my earliest memories of this tribalism was the schoolhouse system in primary school, designed to foster team building, leadership, and a sense of belonging. I belonged to the green house, and I wanted nothing more than to beat those damn blue housers who always seemed to pip us at the post when it came to sports and academic activities.

But on a more serious note, this tribalism has manifested itself in countless ways during our species’ ten thousand years of relative civilization.

Think Protestants and Catholics who believe in the same God but spilled blood over what seem like trivially different interpretations of the Bible.

Think pro and anti-maskers and vaccers — this has been enough to tear apart families and friendship groups over the past two years.

The Folly of the Righteous

As groups, we often need to disagree and argue differing views to learn what the other side thinks and why they think it, improve our own views, and move forward with a more-informed map of the world.

Disagree and commit, the tech luminaries tell us.

But this can only be done when both sides proceed with an open mind, humility, and emotional intelligence.

There is no scope to learn when we are righteous and ultimately hear but refuse to listen to opposing arguments. When we’re absolutely sure we’re right — something no self-respecting scientist would dare say, we’re much more likely to fall victim to what psychologists call the backfire effect, and as such, have our preexisting beliefs hardened whenever we hear opposing arguments.

This righteousness or religious fervor also exists when it comes to decentralization.

Buoyed on by utopian and somewhat socialist ideals of fairness (and rebuilding of the financial and economic system that crippled many in 2008’s GFC), decentralization maximalists swear that any form of centralization is bad and must be eliminated. Nothing less than pure decentralization will do.

And while the removal of hierarchies might, on some innate level, feel right, it as Nietzsche warned, might just be a well-sounding mantra that doesn’t stand up to empirical testing.

In nature, hierarchies emerge as part of the natural order of things — social groups rapidly self-organize, consciously or otherwise, into hierarchies with varying power, influence, skill, or dominance levels. This is true in the animal kingdom, and it is true of human beings.

It is also true in the business world.

However, the advent of the decentralized autonomous organization (DAO) has promised to move us away from hierarchical organizations — where the top 1% command most of the power and accrue most of the rewards (JP Morgan boss Jamie Dimon earned US$31.5M in 2020, 368-times more than the typical JP Morgan analyst with just US$85,418).

In a fast-moving tech world, which is orders of magnitude faster in the world of web3, speed and adaptability are key to surviving and thriving.

Anybody who has ever worked for an early-stage startup knows the value of speed to innovation. As Lean Startup author Eric Ries put it, “the startups that learn the fastest win”.

But to learn fast, you need to decide and act fast.

Decentralization might work perfectly well when you have a group of eight well-informed and highly-engaged people with diverse skill-sets reaching consensus about important matters regularly, but what happens when that group of people grows to 80, or 800?

What happens when they’re not well-informed or skilled?

What happens when they’re not able to coordinate regularly?

There’s much to learn from web2 and even pre-web management literature regarding organizational psychology and hygiene. It’s a common trap to confuse the means with an end in itself, and DAOs should be established, not just to decentralize what came before them but to actually create value and make a difference.

Back to our question of scaling to 80 or 800 people, Brooks’ Law posits that the more people you add to a project, the longer it takes to complete the project.

This is because the number of communication lines in an organization is a function of the following formula.

8 people give us just 28 communication lines.

This is also why a Discord channel with thousands of members in it can seem like a bit of a dog’s breakfast, one where it is almost impossible to find the signal in the noise, and just as easy to throw your hands up in silent resignation and go and do something else.

But making sense of things isn’t the only problem for large team sizes.

Niccolo Machiavelli wrote in The Prince that “A large body of infantry is impossible to feed and a small one insufficient to make a mark”.

The reality is that the more people you add to a project or team, the greater the coordination overhead, and after a point, the longer it takes to complete a project or deliver value.

This is partly why Amazon popularized what it called the two pizza rule — ‘no meeting should be so large that two pizzas can’t feed the whole group’. Typically, two pizzas can feed somewhere between four to eight people.

Decentralization might’ve been why the tiny Finnish army was able to inflict eight times more casualties on their Soviet adversaries (25,000 casualties to 200,000) and beat the Soviets during the winter war of 1939, but there was one key subtlety in play.

The battlefield was rapidly changing, and their decentralized teams were small and capable of operating independently of each other. This was in stark contrast to the Soviets who had to wait on slow, incompetent, and ill-informed orders from central HQ in Moscow (something Aleksandr Solzhenitsyn wrote about in August 1914).

Anybody who has worked in a large organization knows the pain of silos, where communication lines between division A and B are stifled.

Your marketing team might be a lean and mean operation, capable of moving quickly, but it can only move as the teams it needs to work with, and these might be slow-moving sales, finance, and comms teams. It becomes almost impossible to get anything done.

Decentralization is great, but today’s successful web2 companies are successful because they decentralize decision-making at scale.

In some way, the web2 company that empowers its myriad teams with the autonomy to make decisions and act is more decentralized than the DAO that requires every decision to be voted on by members — at least when it comes to decision-making and speed.

To this end, one of the competitive advantages that startups have over large corporations is that the latter treat almost all decisions as costly and irreversible — resulting in calendars that are jam-packed with back-to-back 5-person-plus meetings, as people look to shift accountability and gather consensus for decisions of all shapes and sizes.

Organizations such as Amazon and Netflix empower people to make Type 2 decisions quickly and only engage in consensus-seeking for big, hairy, and audacious Type 1 decisions.

Having a clear understanding of this difference is fundamental to the long-term prosperity of not just DAOs, but any organization operating in 2022.

When it comes to DAOs, empowering contributors and teams to make Type 2 decisions without group consensus is key.

Sure, bring Type 1 decisions to the community for voting, but doing this with Type 2 decisions is likely to destroy speed and innovation, just as it does in most bloated traditional organizations where people still wear ties, and picture frames at your desk are forebode.

Fortunately, we’re already seeing this play out in some DAOs, where for example, a core team of contributors decides on which proposals to present to their community for voting.

Another aspect worth being wary of is a challenge that has plagued democracy since Ancient Greece.

The quality of our decisions is heavily influenced by the quality and depth of our knowledge and experiences. If we have 10 people voting on a tech decision, but few people in the group have sufficient depth of knowledge when it comes to technology, then they might reach consensus, but it might not be an optimal decision.

Planning poker is a method used by agile project management teams to share knowledge and experiences between groups, and plug gaps between understanding.

If you have a decision to make, each member of your group rates a decision out of 10, for example. Any major discrepancy between ratings (two or more; eg. one person selects 8 out of 10 whilst another selects 6 out of 10) should be openly discussed.

Perhaps one person has more experience dealing with regulators in the case of establishing a fund and is in a better position to comment on the ease or lack thereof pursuing a particular option.

Similarly, when it comes to DAOs, we want to ensure that the people voting on specific proposals are well-informed. Otherwise, a vote can risk doing more harm than good.

Life is full of trade-offs, and trading a little decentralization for a little more speed and adaptability might be critical to the success of DAOs.

As the Buddha said, the middle way is the preferred way.

When you take anything to the extreme — diet, exercise, playing video games, your fondness for another person, decentralization — you are likely to do much more harm than good.

A healthy balance is what keeps us standing upright.

Considerations and take-aways for DAOs